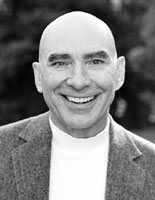 Exaggerations and inaccuracies in the Newsweek cover story on dreams

Although I am very pleased that the Newsweek cover story on dreams (August 9, 2004) made use of dreambank.net, and quoted me accurately, there are parts of the article that are misleading or inaccurate based on the best research we know of.

First, the article starts by exaggerating the incoherent and nonsensical nature of dreams, thereby reinforcing standard media and cultural stereotypes. But most dreams are not like that; just read through dozens of them on dreambank.net to see for yourself. Most dreams have a reasonably coherent story line. They deal with issues of concern to us. They are often beautiful portraits of our dilemmas.

Second, the article favors the idea that dreams must have some purpose, some adaptive function, but the evidence currently available doesn't support that usual cultural belief. It's first of all important to say that pre-school children do not dream often or well, even though cultural beliefs based on sleep talking and imagery during awakenings may lead us to believe otherwise. And there are people with certain kinds of brain injuries that lose dreaming. Yet they sleep well and do just fine in waking life.

The article favors the idea that dreams are a "mental health activity," but there really is no good evidence for that at all. And the article pushes the idea that dreams exist for "problem solving," but few dreams have even the hint of a solution to a problem, and most of the anecdotal examples actually involve reveries or thoughts while awakening, or the person coming to new ideas when awake and thinking about the dream, all of which are very different from the idea that dreams themselves have a problem solving function. Many people reflect on their diary entries, or look out at the night sky, and suddenly realize they have thought of the solution to a problem.

We have dealt with these issues regarding the purpose of dreaming on our other web site, dreamresearch.net, so you can read about this argument in more detail by clicking here. You can find an even longer and more detailed discussion, complete with references, in my 2003 book, The Scientific Study of Dreams.

Perhaps the most disconcerting claim in the Newsweek coverage is the idea that sleep deprivation shows there is a need to dream, as seen in the hallucinations that some people suffer when they are sleep deprived. But serious sleep researchers do not make that kind of claim. Newsweek must have completely ignored the totally contradictory information that I know they received from two prominent sleep researchers, Jerry Siegel of UCLA and Irwin Feinberg of UC-Davis, in putting out that hype. Here's what Siegel and Feinberg really told Newsweek, in separate e-mails:

Siegel: People who are sleep deprived for a long time do hallucinate. The most frequently discussed case is that of Randy Gardner, the 17 year old who went without sleep for 11 days. He had some "mild" hallucinations starting at day 4. Of course he was totally sleep deprived, so these hallucinations could not be solely attributed to REM sleep loss. Instead they could be seen as impaired brain processing of sensory inputs resulting from non-REM loss or from loss of both REM and non-REM. The hallucinations are not exactly dreams, since the subjects know they are awake.

Feinberg: There is no evidence that dream or REM deprivation causes true hallucinations. Any kind of sleep deprivation, including both REM and NREM, increases the frequency of illusions. It is also stressful. The famous psychotic-like phenomena that Dement reported after REM deprivation were contaminated by the fact that Ss [subjects] were receiving amphetamines, known psychotogens.

So, as Siegel commented to me, "the message conveyed throughout the article was not necessarily the one offered."

We remain grateful for how we were treated in the Newsweek article, but the article in general did not give the general public a good overview of what most dream researchers currently believe. The writers highlighted the anecdotalists who reinforce the cultural stereotypes about dreams.

New findings could change our current picture of dreams, just as new findings in the 1980s and 1990s changed our thinking, but for now dreams are best thought of as embodiments of our interests, wishes, fears, and worries. They are coherent dramatizations. They can jump around, but they are more psychologically meaningful than the article implies, even though they probably have no adaptive purpose.

Return to the DreamBank home page